📣 Did you hear we're building an Automated Billing Reconciliation tool for MSPs? Help us make the best tool for you 👉 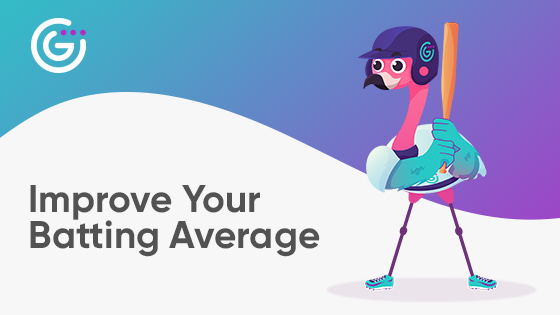 The arrival of summer and the opening of economies means getting right back into the swing of things for a lot of us. Whether you’ve been going full out the entire time, or if you’re just getting out of survival mode, it’s worth taking stock of what you can do to improve your business.

Incremental Improvement is the Surest Path

Improvement seldom occurs by accident; it happens when you specifically take steps to make it happen. That’s why the systems common in IT, from Kaizen to Six Sigma to the Lean methodology, are all focused on small, everyday improvements. These small improvements are continuous work, but over time they add up to positive outcomes. A good analogy for how this works is baseball.

The Impact of Better Hitting

This analogy is slightly simplified, but illustrates the point quite well. If Team A bats .275 and Team B bats .325, that ends up being a difference of around 1.3 hits per game. Batting average doesn’t measure what type of hits or whether there’s already a runner on base when the hit occurs. So on any given day, the difference of 1.3 hits may not factor into the outcome; either team could win. But over the course of a 162 game season, a reasonable hypothesis is that Team B is going to win more often than Team A.

The median hits per run in 2019 was 1.77, and using that number Team A will score 4.19 runs/game, and Team B will score 4.96 runs/game at their respective batting averages. Over the 162 game season, Team A will end up scoring 679 runs and Team B will end up scoring 803 runs. (For reference, playoff teams in 2019 average 856 runs and non-playoff teams averaged 746.) So Team A is well outside of the playoffs, and Team B could at least be close to a playoff spot.

The team with the better batting average is almost surely going to have a better record over the course of the season, (unless it has substantially below average pitching).

Where Does Superior Batting Come From?

The next question is where does a superior batting average come from? Surely talent is involved. Some players are just that much better, and some teams can afford more of those great players. But we also know that there’s a few hundred pitchers included in the batting average stats. Let’s say pitchers are 20% of at-bats, and are at the bottom end of the distribution. So let’s remove the pitchers, and an equivalent number of at-bats from players at the top end of the distribution.

This leaves us with 60% of baseball players, and these would be expected to have batting averages within a fairly narrow range in the middle of the distribution. It is reasonable to say that these are the players of average ability. For an average team filled with mostly average players, the difference between success and failure is going to come down to moving the needle on every little thing that they do, including batting.

Constantly working on techniques, timing, generating power, all the little improvements that eventually add up to success. If you have a really good hitting coach, maybe you increase the batting average of every player by 10 basis points, so a .280 hitter becomes a .290 hitter, and so on. This is done through careful analysis of swings, fitness regimens, past performance, and the pitchers the team is facing next.

Back to Your MSP

The reason baseball is a good analogy is because success depends on a number of different key variables. We talked about hitting, but it could have been pitching or fielding just as well. In your MSP, maybe the key metrics relate to service desk performance, conversion of leads to customers, and moving the needle on average seat price.

You know that you can make steady improvements to each of these things if you work on them every day. To do that, you need some good leaders, time, and good data. Like Peter Drucker said “If you can’t measure it, you can’t improve it.”

If you’re making decisions with dirty data, that dirty data is going to affect the quality of your decisions.

It’s hard to get better if you don’t have an accurate picture of how you’re doing or where you need to improve.

Clean data makes for better decisions. Gradient Tidy helps you clean up your dirty data. Tidy is the path to improving all the little decisions that build up over time to make you a more successful MSP.

So as we talk about Gradient Tidy, why not take a quick look at it. has a way of cleaning up dirty data in your PSA. You can watch a quick demo here:

To keep up to date on Gradient news, either subscribe using the form below, or follow us on social media (below the form).

From Client to Evangelist

Why Data Hygiene is Vital To Your MSP 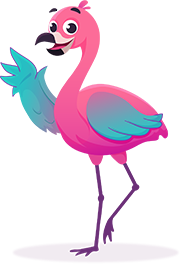 Data doesn't have to be a dirty word.

See how easy it is to clear the fog

© 2021 Gradient MSP Inc. All rights reserved. Proudly made by the creators of Passportal