It is not everyday you find three siblings working together at the same startup, let alone the same division, or even on the same team. However, at Gradient we have a bit of a modern miracle and we are excited to share their story with you.

Once upon a time…

In a normal meet-the-team profile, you’d start with professional accomplishments (and don’t worry, we’ll cover that), but now, let’s hop in the DeLorean and visit three young boys destined to become super developers, and discover the catalyst for their developer’s journey. The brothers grew up in an environment where curiosity and passion for learning were encouraged. Their dad is a self-taught programmer who worked for Oracle. He encouraged his kids to learn and experience new things and provided the opportunities to do so.

“One thing [our father] would say quite often is that he was glad his kids were interesting, you could say one of his goals was to make his kids interesting.. He was always proud about that, and I think that’s why he fueled curiosity.” Morgan shares.

Dinner time conversations around the Greff table might focus on a new innovation, or code being written, but they were kept grounded by the input of a sister who grew to follow a path in healthcare and a mom who encouraged them to become well-rounded individuals open to other experiences and viewpoints.

The balance between learning C++ at age 12 and engaging with the non-tech world around them was fundamental in forging them into the team they are today.

The video below captures two of the Greff brothers in their natural habitat.

"Unfortunately Matt isn't in this. But this is a clip I found of me and Morgan using an ol' mac. There's a cool shot of Morgan's thinking face around the one-minute mark that could be kind of cool if the potato quality isn't too bad." - Spencer Greff 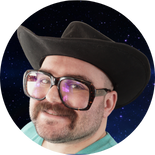 Morgan has been with Gradient since its inception. His experience as a software developer, combined with his unique ability to see a product from both the developer and end-user perspective, makes Morgan a key part of the development process.

When our VP of Engineering Rene Gourley was asked about Morgan, he had this to say:

"As the sole leader of the development effort during our first year, Morgan has had an outsized impact on our product. Not only did he organize the team, and work with them to design the initial architecture, but he has also made 3,252 contributions to our code repository since inception (as of March 9 at 3:14 PM)."

When they say “it’s always the quiet one”, they’re probably talking about Spencer. Spencer’s childhood spent pulling the hardware out of computers and coding has brought him to a point where he’s forward-thinking and studious in his approach. He’s always learning, researching and finding the most effective and current path forward. 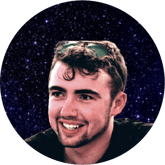 An experiential learner, Matti famously fried at least 5 computers as a kid as he figured out how they worked. And installed viruses on every home computer. Fortunately, those were viewed by his parents as learning opportunities! Today, Matti finds optimal ways to achieve the milestones established for the team, continuously learning to achieve those goals.

The Brothers Greff would be a rarity in any scenario. The fact that all three inhabit the world of technology, and are in the same company, has to be some kind of record. No matter the unlikeliness of the odds, Gradient is thrilled to have them on board, and we can’t wait to see the results as they continue to push the boundaries of technology.

Interested in joining the Gradient flock? Check out our Career section.

You can’t spell AMAzing without AMA – Ashley, Mary and Andrea. If you’ve been around the MSP business for a while, you’ll recognize women whose...

The Flock is Growing

Our flock is growing by leaps and bounds. We’ve added some outstanding new talent to the flamboyance so that we can keep delivering the best products...

Gradient is continuing to add stellar talent to the flock so that we can keep the momentum going by providing opportunity, choice, and value to the...